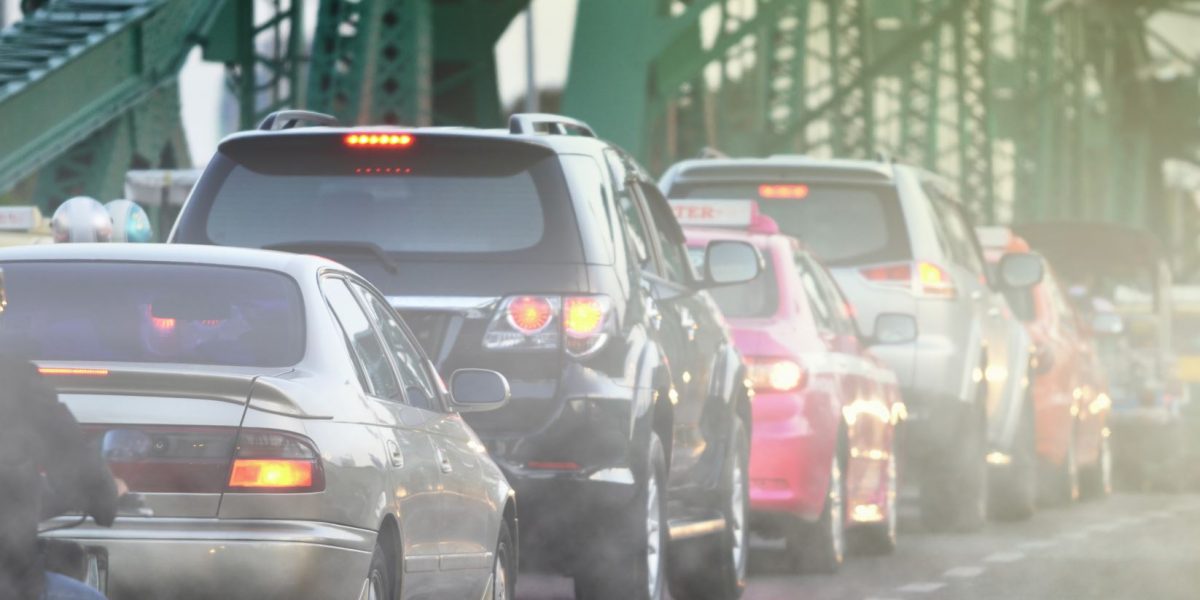 Scientists in the UK have just brought out their latest research showing air pollution can cause lung cancer in people who’ve never smoked. They found even small changes in air pollution levels can affect human health – and with 99% of the world’s population living in areas which exceed WHO limits for PM2.5, this shows us what a major health risk air pollution now poses across the globe.

The research found that exposure to particulate matter (PM2.5) in the air promotes the growth of cells in the lungs which carry cancer-causing mutations.

The scientists, working at the Francis Crick Institute and University College London (UCL) in the UK, examined data from over 400,000 people and as well as lung cancer, they found that people living in areas with high levels of PM2.5 had higher rates of other types of cancer. From this research, the scientists are now drawing the conclusion that air pollution could promote the growth of cells carrying cancer-causing mutations to various places in the body.

Being a smoker still remains the biggest risk factor for lung cancer but the research found that outdoor air pollution causes roughly one in 10 cases of lung cancer in the UK. An estimated 6,000 people who have never smoked, die of lung cancer every year in the UK. Globally, around 300,000 lung cancer deaths in 2019 were attributed to exposure to PM2.5.

Obviously, it’s better to live in areas where the air pollution is lower if this is possible. So if you can, live further away from main roads and freeways. But if you’re living in a city and you are near some major roads, there are still some precautions you can take to protect your health and they include:

Why is this information only coming out now?

Basically, scientists and doctors have been unable to pinpoint what causes cancer in non-smokers up until now. But with this new research which was released just this week (10 Sept 2022), Cancer Research UK Chief Clinician, Professor Charles Swanton, said:

“Our study has fundamentally changed how we view lung cancer in people who have never smoked. Cells with cancer-causing mutations accumulate naturally as we age, but they are normally inactive. We’ve demonstrated that air pollution wakes these cells up in the lungs, encouraging them to grow and potentially form tumours”.

“The mechanism we’ve identified could ultimately help us to find better ways to prevent and treat lung cancer in never smokers. If we can stop cells from growing in response to air pollution, we can reduce the risk of lung cancer,” he added.

Increasing air pollution levels increases the risk of lung cancer, mesothelioma and cancers of the mouth and throat

Co-first author and postdoctoral researcher at the Francis Crick Institute and UCL, Dr Emilia Lim said about the research: “According to our analysis, increasing air pollution levels increases the risk of lung cancer, mesothelioma and cancers of the mouth and throat…

“Even small changes in air pollution levels can affect human health. 99% of the world’s population lives in areas which exceed annual WHO limits for PM2.5, underlining the public health challenges posed by air pollution across the globe,” she said.

Air pollution has been linked to a variety of health problems, including asthma, chronic obstructive pulmonary disease (COPD), heart disease and dementia. But how it causes cancer to start in people who have never smoked has been a mystery up to now.

Many environmental agents, such as UV light and tobacco smoke, cause damage to the structure of DNA, creating mutations which cause cancer to start and grow. But no evidence could be found that air pollution directly mutates DNA, so scientists looked for a different explanation.

The combination of cancer-causing mutations and inflammation can trigger these cells to grow uncontrollably, forming tumours.

Co-first author and postdoctoral researcher at the Francis Crick Institute, Dr William Hill, said about the research: “EGFR mutations are an essential step towards cancer forming, but they are rare, affecting around 1 in 600,000 cells in the lung. These rare cells are dormant until a trigger, such as air pollution, causes them to start growing.

“The mechanism we’ve identified may explain why there is an increased risk of cancer from air pollution, but the risk is much lower compared to smoking, which mutates DNA directly,” he added.

“Finding ways to block or reduce inflammation caused by air pollution would go a long way to reducing the risk of lung cancer in people who have never smoked, as well as urgently reducing people’s overall exposure to air pollution,” Dr Hill said.

For more information from the Australian College of Environmental Studies, visit here.